The Trump Aftermath. So often we are reminded that it’s not the actual event that took place or the statement made that makes the most impact, but the after effects, the repercussions, the trickle-down effects that cause the most long-term damage.

Did you know that volcanos have a positive effect on the earth? Many of us learned that in school but it’s hard to remember when all we hear are the widespread damages and the horrific aftermath they cause. The lava and ash from a volcano erupting are so rich in nutrients that they break down into the soil and make very fertile farmland. But seldom do we reap the benefits of that. We only really know volcanos for causing mudslides, earthquakes, fast floods – all leading to devastation, homes demolished, lives lost.

How are you fairing during this whirlwind of news surrounding the aftermath of the election and every speech Donald Trump has made?   Even his press secretary and chief of staff back up his volatile remarks and often angry disposition. It’s difficult to get away from it due to the mass media. Every other post on Facebook and Twitter is focused on a Trump rebuttal, backlash or opinion. The news shows on television and radio are constantly covering each moment of President Trump’s day while the talk shows are having a field day with his antics. It just doesn’t go away.

One step forward and two steps back.

We live in an age where a focus on being positive, balanced, and healthy emotionally and physically is at the forefront of most people’s minds. Many workplaces see the vital need to decrease stress and create a culture that lends itself to promote a much-needed work-life balance. I work with many companies that recognize the need to pay as much attention to Emotional Intelligence and Self-Awareness as they do to master’s degrees and job experience.

At the same time that we have all of these positive reinforcements, there is still no shortage of negative influences. There’s a saying ‘don’t borrow trouble’. It’s an understatement to say that around the world including our own country, there are many major issues that are ongoing. We see it in the news daily. When we borrow trouble it means we’re focusing on things that don’t necessarily need our attention but they get it. We think about an article we’ve just read, words that were spoken that are hurtful, demeaning and just utterly negative. But we don’t need to them over and allow them to take over our thoughts. We can learn from it and move on.

Be aware of negative influence.

Meryl Streep made a profound statement recently at the Golden Globe Awards when she reminded us to be careful of negative influence. When a person in power sets a negative example, the ripple effect is in the acceptance of that opinion. That’s because a person in that position who holds such a derogatory viewpoint, over time can dilute our own opinions as strong as they might be.  The negative influence can be emotionally exhausting and generate feelings of unhappiness and decrease our self-worth.

We don’t want to bury our heads in the sand and become complacent. So it’s certainly challenging when we have strong feelings and concerns about what’s happening next door to our neighbors and how it may affect our country. While we may wish to share our support there is a danger of this continuous negativity in our lives. We all know the health impacts of stress. Just hearing or reading something distressing can have a significant impact on your heart rate, your breathing, your facial expressions, your posture – imagine what it is doing to your thought patterns. We must have a filtering system and we all need to set boundaries. What’s happening in the news around Trump and his tirades is a good test for us to weed out what’s worth knowing about and what we should disregard. We can still be empathetic human beings and stand up for what we believe in without reflecting the tirades or attitudes of others around us – even of the top man in charge. 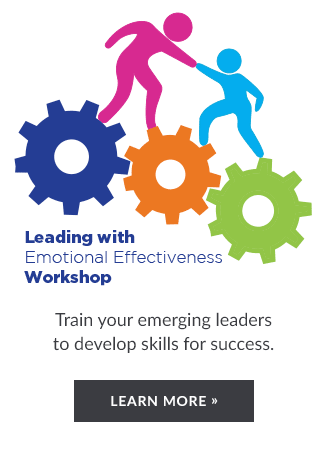